You’d be mistaken if you thought it was a coincidence that the same phraseology used to describe a soldier’s return home from the war front so aptly doubles as descriptions of being married.

Before marriage, there was “no place like home.” It was my refuge from the harsh world outside with its tense corporate meetings, harrowing deadlines, familial conflict, and my private demons camouflaged within the frenetic cityscape. But, post-nuptials, I find myself inhabiting a proverbial no-mans-land – i.e., the basement. It’s just dark, cold, and unfinished enough to keep my wife from entering, and also where I have worked from home since the start of the pandemic in 2020. 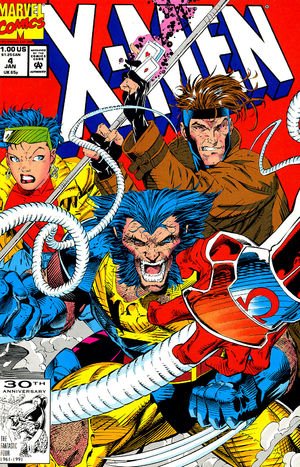 Comic Book Tie-In:
My wife is very much like Marvel comic’s supervillain and persistent threat to the X-Men: Omega Red. Yes, she has superhuman stamina and often drains victims’ life force to keep going in battles. But, most importantly, as we learned in the X-Men cartoon in syndication late 90’s, like Omega Red, only the extreme cold keeps her subdued.

Now? I struggle to find my place in the home.

Home doesn’t feel like home. After a nine-hour workday, when I walk up the 13 steps from the basement to the kitchen, all I want to do is forget about the last nine hours and de-stress from the challenges of navigating a high-stakes corporate environment. But I’m beset with constant complaints – or rather declarative statements spoken with a slight inflection at the end.

In my wife’s defense, she promised to stay in sickness and health, so making me sick puts her in an excellent position to fulfill that promise. As I work diligently climbing higher on the corporate ladder to provide a better quality of life for my beloved family, I must also, most nights, gear up to fight an emboldened emotional terrorist.

For those unaware, an emotional terrorist is anyone who uses emotional manipulation, especially in romantic relations, to pursue their self-serving aims. Like many modern women, my wife wants to do whatever she wants without judgment or penalty. Questions like: “why do you want to do that” frustrate her. Asking how do her actions affect the perception of our burgeoning family is an anathema. And in case you were wondering, all terrorists, emotional or not, use the same victimhood, jingoistic propaganda.

As an exercise, I researched and altered quotes from Osama Bin Laden, substituting “Women” for anything related to “Islam” and similarly for “Men” and “America.” Now the NSA is watching me; either way, take a look:

“Waging war against the patriarchy was necessary because men have historically spearheaded the crusade against women, meddling in our affairs through the support of oppressive, corrupt, and tyrannical legislation and policies.”

So, where does this leave us? I have some thoughts.